For more information you visit:

In Ancient Corinth during the hole year are hosted cultural events by our cultural association “Appolon” and also by other local and foreign associations from Greece and abroad under the aegis of K.E.P.A.P , of the municipality of Corinth and of the Minister of Cultural. T he majority of the events are taking place on the summer. More specifically, the program of the event includes:
1) special events
2) traditional dances
3) zumba classes
4) theater festival
5) music nights with famous singers
6) comlpicated shows
7) lyric theater
8) photograph festival
9) modern dance
Also, they participate amateur theatrical and music-dance shows, well-known performers, and innovative performances from the begging of July until the end of September.
There are taking place at the open theater “Zenia” in the ancient Corinth, in the Archaeological area of the museum of ancient Corinth and Akrocorinth, in the churchyard, in the cultural center “Anastasia Kefala” and in the village square. 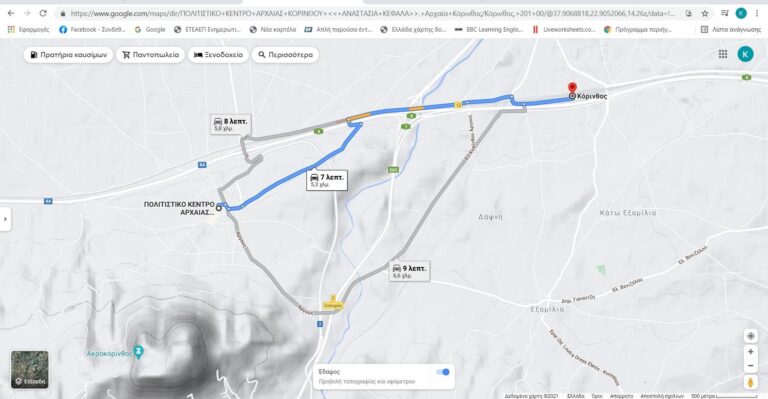 It is established at 1982, from a team of young people full of anxiousness and dreams for the current and the future of our village. During the creation of the cultural association, an important role played the love about the dance-music tradition. Through traditional songs people transfer ethics and folkway to the next generations.

As it’s normal, the first classes of traditional dances was created. Classes for kids at kindergarten, for 4 years-old kids and for elderly people at the age of 84. Today enumerates 182 members. It’s the larger dance team of the municipal of Corinth.

Our dance part that started from 1982 until today has a lot of performances at events and international events both on Greece and at foreign countries. (USA, SERBIA, TURKEY, ITALY etc.)

The second part was the part of the music. 35 employees are working there and they take place at different music events.

From 1998 the association is an active member of the International Organization of Folk Art-in operational relations with UNESCO and is participating at conferences, festivals, workshops and seminars.

From 2004 there are classes of kick-boxing, and gym.

At 2006 coordinated the 6th International Symposium for the dance under the aegis of IVO UNESCO and Ministry of Education with a great success.

Simultaneously, was branched out into obtaining traditional uniforms, a lot of them are authentic. Also, a new searching team was created for the account of traditional dances, songs and folkways of Ancient Corinth and of the wider area. So, in that way two CD and one DVD was published.

At the activities of the association until today is included: the operation of the Bank of blood, Christmas events, awards for top students and graduates, Carnival and Summer events with revival of Freedom of Akrocorinth from Turkes 26th October, educational, scientifically, artistically seminars and acts for the protection of the environment such as afforestation in the area and cleanig of the Beach “Kantare”.

Undoubtedly, through the years it’s appeared the beliefs of the association and its important contribution to protect the folk civilization in the hole globalization.

The Cultural Association of Ancient Corinth “Apollon” apart from its own activities, is collaborated with organizations in order to attract tourists, for different cultural events that helps in the promotion not only of Ancient Corinth but also of the hole area of Corinth.

Our goal is to participate at the cultural events and make tourists want to re-live the experience. As a result, there is tourist and economical development of the local society.

Sincerely, for the Administrative Council