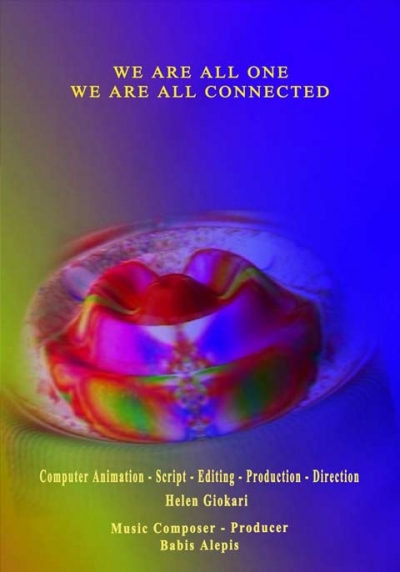 “We are all one . We are all connected” is an approach of a creative collaboration between science and art and especially a fascinating journey into the world of physics science and of creative animation. A fractal. Latin fractus, meaning “fractured.” In 1975, Benoit B. Mandelbrot , he is a leader in the development of fractal theory and in the potential application of fractals to nature and design, coined the term fractal. In “The Fractal Geometry of Nature” (1982), he writes: ”Clouds are not spheres, mountains are not cones, coastlines are not circles, and bark is not smooth, nor does lightning travel in a straight line.” A “fractal” is an object that is self-similar on different scales. A “fractal cosmos” therefore is a cosmos that encompasses universes and particles of different orders of magnitude. Every universe in a fractal cosmos is inside a series of higher-order universes. Likewise, every particle in a fractal cosmos is a wave that is superimposed upon a series of higher-order particles. The fractal cosmos is an emerging paradigm that synthesizes many well-accepted concepts of modern physics, astronomy and cosmology . The fractal cosmos is the best evidence of the unity of the universe. Credits : Computer Animation – Script -Editing-Production -Direction Helen Giokari Music Composer -Producer Babis Alepis
2013, Greece
Helen Giokari