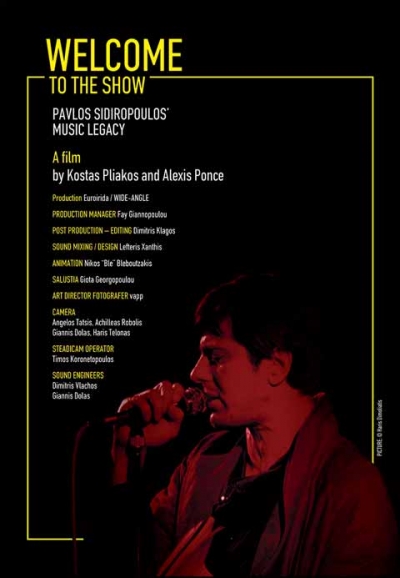 Pavlos Sidiropoulos was a pioneer of his time, as he was among the first to combine rock with Greek verse and elements of the Greek music tradition. He was the one who introduced rock music to the public, in a period when leftist political song was predominant as an aftermath of the military junta (1967-74). Today he is considered a legendary figure of Greek underground scene, and one of its most influential ones. A restless mind, he experimented not only in music and composition, but also in acting, poetry and writing. This film is a recording of his music legacy as it was passed down to the next generations of artists to this day. It is the description of the artistic footprint of a man who became the “dark hero”, the “Prince”, thus inspiring and opening the way for hundreds of music bands and songwriters in Greece.
2013, Greece
Euroirida / Alexis Ponce Psarros / WIDE-ANGLE / Kostas Pliakos