The Case Of Mary Ford

18 Aug The Case Of Mary Ford 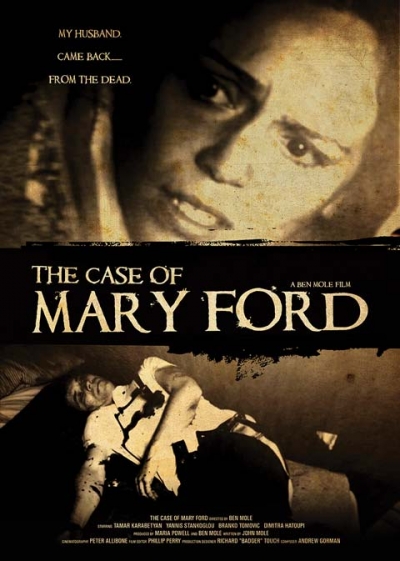 A supernatural drama set in The Balkans and America. New York, 1913: A young woman is accused of the murder of her lover. In her defence Maria tells an extraordinary story. It begins five years earlier…. Maria is from a Greek fishing village on the Black Sea. Her parents marry her off to a fisherman, Adonis, who shares a boat with the man she really desires – Giorgos. One stormy night the boat is wrecked and only Giorgos survives. With no way to make a living, he leaves for America, promising Maria he will return for her. Giorgos does not come back. A widow without property, Maria has no hope of finding another husband. Until Adonis returns from his watery grave. He has become one of the legendary undead of Greek folklore. Maria insists he is not Adonis but a stranger. She takes him in and soon marries him again – in her patriarchal, poverty-stricken world any husband is better than none at all. Eventually Giorgos does return from America. He admits that he killed Adonis on the night of the storm. Still in love, they plan to elope, but Adonis catches them. There is a fight and Giorgos kills the undead Adonis a second time. The lovers escape and flee to America. But the past pursues them to the New World, and even there, the sea vampire tracks them down…
2013, UK / Greece
Maria Powel