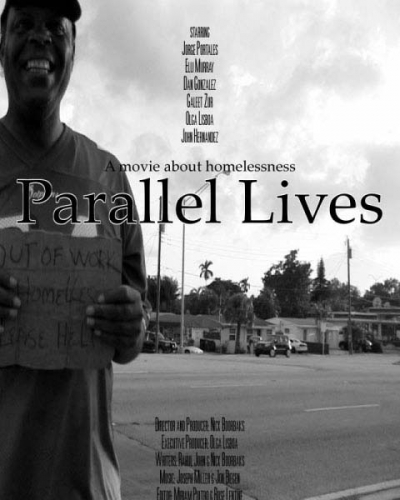 Jorge is typing in notes and treatment for a script that he is developing. While typing in the notes for the script, semi-drunk, we hear him narrating bits and pieces of stories and memories of his old friends Tami, Marie, Mike, Teresa and deaf Steve. All of them were homeless in South Florida, at times sleeping under bridges, and used to hang out with him years ago when he lived a bohemian lifestyle. Through Jorge’s unstructured narration, the film depicts slices of daily life of each of his friends. The movie begins with a short prologue on interactions that we, the crew, had with some real men, not actors, that we met in the streets of Florida during production.
2013, USA
Nick Boorbaks