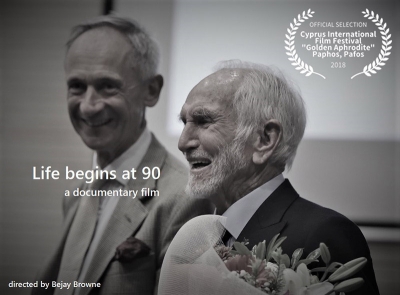 Documentary film ‘Life begins at 90′ features a 94 year old World War 2 veteran, Ray Woolley. His approach to healthy ageing is inspirational and he is the worlds’ oldest active scuba diver, a Guinness World Record title that he claimed on a dive in Cyprus, where he lives, to celebrate his 94th Birthday on August 28th, 2017.

During the war Ray travelled the Mediterranean with the navy. In September 1944, he was seconded to the SBS Special Force 281 to the Dodecanese and was one of the first of the allied forces to land on Rhodes, after the Germans left in May 1945.