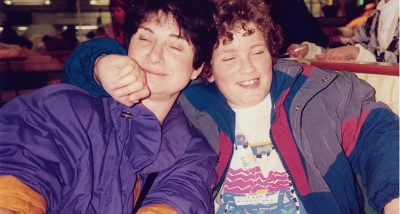 In May 1996, when Itay was 11, his father Dr. Amiram Hochberg murdered his mother Shlomit Bliechman, and her mother Idda Bliechman. After shooting grandmother Idda in the back of the head, Hochberg rolled her body into a carpet and left it on the balcony.

Shlomit’s body was never found. Hochberg waited for Itay at the door and kidnapped him, taking him to Egypt, then to Rome, and finally, to Basel, Switzerland.

The first two chapters of this new documentary series follow the case from two perspectives: the story of Dorit Ben Meir, the police officer who headed the special investigative team tasked with solving the mystery; and the story of Itay himself, who talks about his kidnapping and subsequent return for the first time.