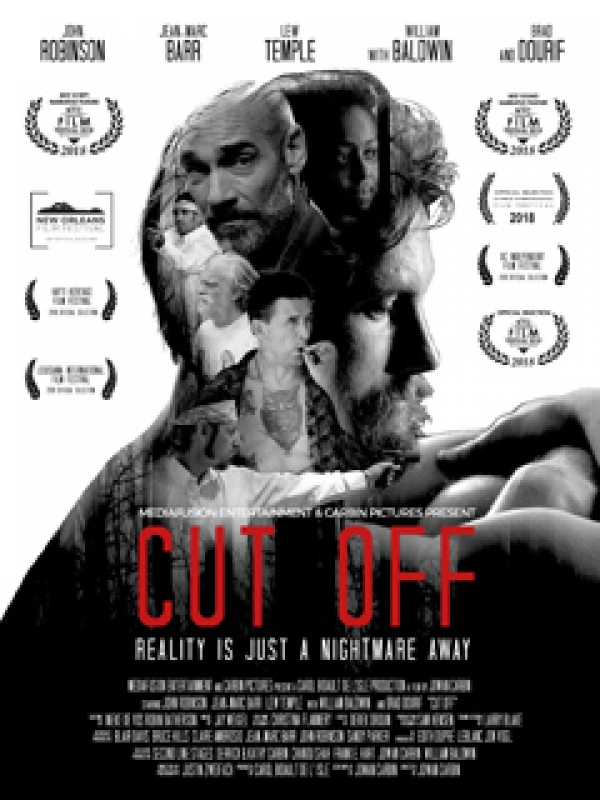 LOGLINE After moving to New Orleans, Clive suffers a horrific tragedy, leaving him susceptible to the mind games of Trevor, the enigmatic leader of a Manson-esque cult, who lures Clive to a country home on the bayou in Cut Off, Louisiana, where Clive must use his wits to escape. In 2003, Gus Van Sant released Elephant, a film about Columbine, one of the first mass school shooting in American history; in 2018, 15 years later the problem has raised to the level of a regular occurrence for children going to school in the US. Cut Off is a spotlight on this near epidemic problem in US culture. SYNOPSIS Los Angeles native CLIVE STONE (20s) feels like an outsider in his wife KATE’S (20s) hometown of New Orleans. At the local gas station, Clive bumps into his former professor, the magnetic TREVOR DE BLANC (50s). Clive and Trevor share a connection, and Clive hopes to rekindle their friendship. Clive works from home as a telemarketer, which he loathes, but Kate’s support keeps Clive on track. Months after Kate announces to Clive that she’s pregnant, their new serenity is interrupted by a tragedy, which creates a rift between Kate and Clive, leaving Clive grief-stricken, disoriented, popping pills and drinking heavily. In need of a friend, Clive invites Trevor over to his house, but when Trevor arrives, he witnesses the depth of Clive’s despair. Trevor invites Clive to his home on the bayou in Cut Off, Louisiana where he helps other “lost souls.” At Trevor’s home, Clive meets CHARLENE (18), a runaway who is convinced Clive is delusional. But after a night of heavy drinking and pill popping, a hallucination about Charlene puts Clive at odds with Trevor and a few unexpected house-guests, leaving Clive questioning his own sanity. As Trevor helps Clive face the truth about the tragedy that ripped him and Kate apart, Clive finds himself embroiled in an extremist hate group, which culminates in an explosive showdown in CUT OFF.