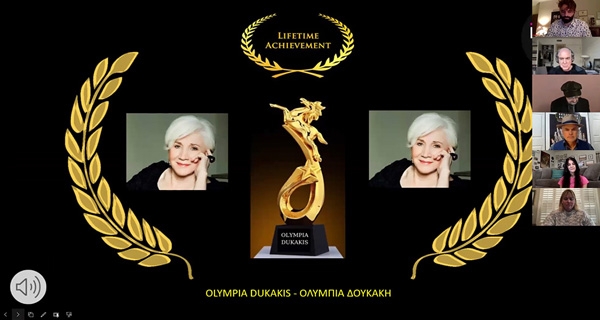 The Life Achievement Award of Olympia Doukaki and the Golden Pegasus awards ceremony took place on December 25 online with the participation of the judges, directors and actors of the films live on the Festival’s Facebook page. The artistic program included the El Sistema Greece Youth Orchestra, the singer ANASTASIA with the musicians Oscar Barcelli, Masa Saito, João Perrusi, Santiago Bertel and the musical coverage was by the Corinthian conductor Theodoros Baxevanakis. 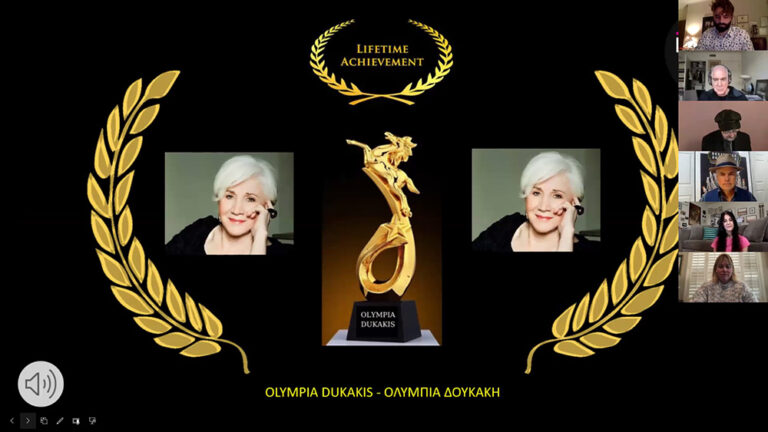 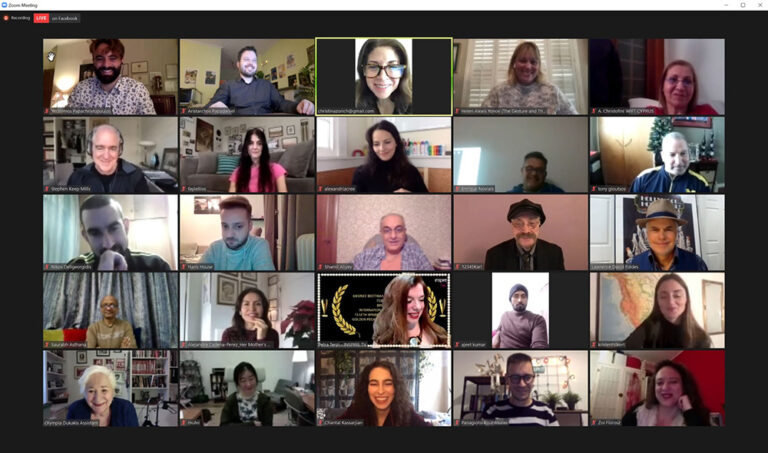 The video of the Golden Pegasus Awards ceremony 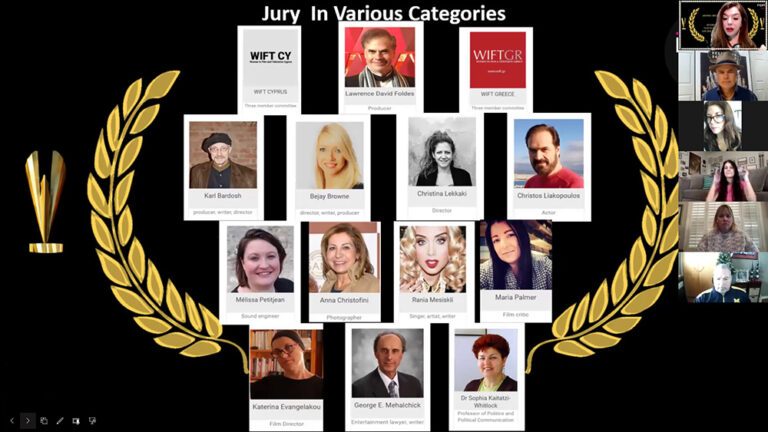 In the Festival’s various film categories the judges include the Greek actor Christos Liakopoulos and the Corinthian director Christina Lekkaki as well as the award-winning producer and director Lawrence David Foldes, member of SAA Executive Committee, Producers Branch, Academy of Motion Picture Arts & Sciences, Professor Karl Bardosh from the New York University Tisch School of the Arts and co-founder of the Humanitarian Cellphone Award, the sound designer Mélissa Petitjean, member of Collectif 50/50, the artist Rania Mesiskli, George Mehalchick, scriptwriter and entertainment lawyer and two three-member committees from the Greek and Cypriot chapters of the international organization “Women in Film and Television”.

5. Nostimon Imar Award concerns directors and producers of Greek origin who live abroad
1. Kefi, the story of FDF, the Greek Orthodox Folk Dance Festival – Patti Testerman produced by Peter Priovolos, United States, 2019, 41’12’’
WIFT GR gives the Bridges’ Festival established “NOSTIMON IMAR” award to the film KEFI, THE STORY OF FDF, GREEK ORTHODOX FOLK DANCE FESTIVAl by Patti Testerman from the United States, for the exciting, fast alternation of dance and verbal-narrative scenes, with dynamic movement and melodicity. Interesting remarks-references to the role of cultural heritage and the function of tradition in multicultural societies, such as the United States in particular. The film preserves the civilization, encourages multiculturalism and the cooperation of generations and shows us the quality side of the Greek Diaspora.
Honorable mention: Shared Balcony – Fay Efrosini Lellios- Greece,2019,15’

4. Best Documentary by a Female Director – by WIFT GREECE
Three jury member committee from WIFT Greece: Katerina Evangelakou, film director, Dr Sofia Kaitatzi -Witlock, Professor of Politics and Political Communication at the School of Journalism and Mass Communication of Aristotle University, Thessaloniki, Greece and Petra Terzi, film director and producer, director of Bridges International Film Festival.
Never going back – Janette A. López, Mexico, 2019, 65’54’’
The Artistic Excellence WIFT GR (Women in film and Television in Greece) Award is given to the film NEVER GOING BACK, by Janette López from Mexico. The film highlights a global, painful problem. Immigration due to absolute, economic misery. In an extremely cinematic way, with wonderful scenes of silence and observation, follows the journey of a family of four, from Honduras to the USA, through Mexico. Without emotions, without the conveniences of speculation and explanation, in an abstract and simple way, it reduces family members to dramatic, if not tragic, world symbols of our time.
• Honorable Mention A’ : We are visible – Karina Sturm, United States/ΗΠΑ, 2019, 69’6’’
WIFT GR awards with a special mention of Artwork the film WE ARE VISIBLE by Karina Sturm from the United States. The director, who suffers from EDS, records many women suffering from this invisible syndrome with her camera. The film itself is a task for Karina, who travels everywhere with pain and long periods of physical weakness. With tremendous mental strength she manages in using her camera as a weapon in the strange struggle that patients give: to make their disease visible to all of us who do not know it, but also to the doctors around the world who cannot diagnose it, because the symptoms are almost invisible.
• Honorable Mention B’: Milestones – MuFei Xu, China / Κίνα, 2019, 88’55’’
WIFT GR awards with a special mention of Artistic Approach the film MILESTONES, by MuFei Xu, from China. MuFei Xu manages in turning the cold time of building a large public project in Djibouti, from a Chinese construction giant, into a revealing anthropological documentary. With perseverance, dedication, penetration and courage she achieves to reveal the deeper background of a closed and cautious people, the Chinese. While project completion time is torturously slow for the workers who are away from their families, conflicts between the cultures of the two people lead to a startling revelation: both indigenous Djiboutian customers and visitors Chinese manufactures, share a deep desire for westernization. This fact unites them and the largest port in the country that is being built slowly during the film, symbolizes that belief.

3. Best female director in a medium length film by WIFT CYPRUS (Women in Film and Television in Cyprus)